Congratulations, Your Scaling Rich Personality is 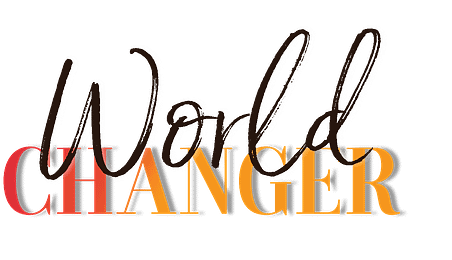 You're an entrepreneur who is called to more.

Let's find out more about the World Changer Personality. 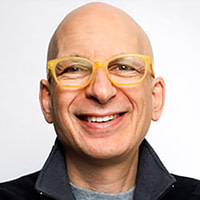 "You have everything you need to build something far bigger than yourself.”

ABOUT THE WORLD CHANGER PERSONALITY:

WOW, look at you.  You’ve reached a stage in your business that many entrepreneurs only aspire to achieve.  Take a moment and bask in that.

You appreciate where you are and love everything that your business has afforded you.

There’s a little voice that speaks up in the quietest moments, calling you to more.

More of what? is the important question.

That’s why you are a world changer because you are looking past yourself and your business to see what change for the better you can create in the world. The transformation you are embarking on is to still be involved in your business, but to also do good work outside of the business.

Pitfalls to Watch Out For:

Where do you derive your personal value from?  What is it for you that creates worth?  The challenge here is to see this transformation as something to gain, not something to lose.

Detangling from the day to day.  You’ve likely done a decent to good job of elevating your role in the business, but there are more areas that you’ll need to let go.  See this as an opportunity for others to rise to the occasion.

How can the team drive growth and profits in the business? Do you have the right systems in place to give yourself the piece of mind that things will keep trucking along without your direct oversight?

We here to help you elevate!

Join us for the Free On-Demand Masterclass –
9 Proven Strategies to Scale Your Business!

How are you measuring client satisfaction?  Your team should be empowered to make decisions and identify growth opportunities.

Pay attention to areas where you can maximizing profitability while looking to new profit centers for the future.

You are moving into the role of leading from behind.  While you still participate in the guiding vision, bring key team members to the table to become the guardian and stewards of that vision.

What would happen if you fired yourself today from the business?  Would it be able to operate successfully without you?  This is the phase to identify gaps in leadership and set to fill them.

This is the level where you can have the most impact for your family, team, community and the world.  Define what that would mean for you in the next 3 years.  Develop a visionary road map.

You have two goals at this stage.  The first is to define how you will show up on the world stage, and the second is how will you help your team show up in the business as you take a step on that stage.

Businesses move through cycles of growth and then scaling.  The key is to have a process defined for the team to continue the strategic planning process.  You still participate, they drive the process.

Ready to lock in your scaling journey and maximize profits so that you can become the world changer you are meant to be?

We can help. Let's chat!

Leslie Hassler is a dynamic author, speaker, and business strategist guiding women-owned, service-based businesses into more profits, cash flow, and success. Business owners come to Leslie seeking a way to strategically scale their businesses richly, stop the money leaks, and get back in control with confidence.

Using her more than 12 years of experience in business, finance, mindset, and more, Leslie takes multiple 6 and 7 figure businesses from cash-strapped and struggling to profitable and thriving with her unique Scaling Rich™ Method.

Her genius has also been featured on stages around the United States, such as the National Association of Women Business Owners, the Women’s Business Enterprise National Council, and in publications such as Entrepreneur.com.

Leslie is a mother of two high school boys, an avid traveler, and the immediate Past President of NAWBO DFW.

What do Sara Blakely of Spanx, Oprah Winfrey of OWN, and Richard Branson of Virgin American all have in common?

They have achieved success at the game of business and in the arena of changing the world.

According to Blakely’s Giving Pledge (givingpledge.org) she shares,

“I am committed to the belief that we would all be in a much better place if half the human race (women) were empowered to prosper, invent, be educated, start their own businesses, run for office—essentially be given the chance to soar! I pledge to invest in women because I believe it offers one of the greatest returns on investment.”

Both Branson and Blakely are members of the organization whose vision is ‘an effort to help address society's most pressing problems by inviting the world's wealthiest individuals and families to commit more than half of their wealth to philanthropy or charitable causes either during their lifetime or in their will.’

Winfrey joined the ranking of the ’50 Most Generous Americans’ in 2004 and stayed there for six years.  Estimates from 2010 totaled her contributions to over $400 million.

As you grow and scale your impact in the world, where do you feel called to make a difference? How can your business get you there?

Looking for a Collaborative Community of Women Entrepreneurs?

Join to grow a brighter future for your business!

Your Biz Rules is a dba of the parent company Designs By Leslie Inc and is operated from Dallas, Texas.  We serve clients globally.  Our services include private consultation, group coaching, small business courses, business audits, keynotes, trainings, speaking engagements and the Your Biz Rules Collaborative Community.